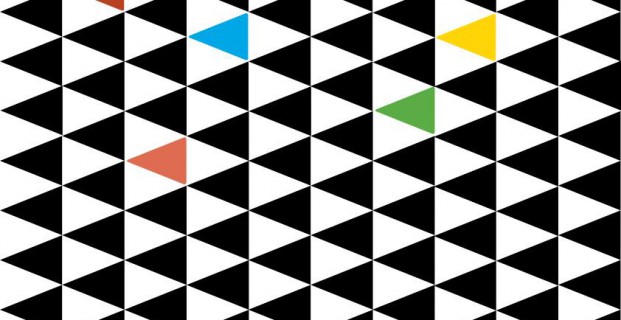 A summary of Swedish immigration

After the Second World War, Swedish demographic profile changed substantially due to immigration of foreign workers, especially from Finland and Southern Europe.
They received the same wages and rights of the Swedes, seen as fresh “help” for the developing industrial economy, who was suffering from a lack of work force.

After the 1973 oil crisis and global recession, the government blocked labor migration from non-Nordic countries, accepting primarily asylum’s seekers on humanitarian grounds (their origins reflected the political, religious, and social agitations in many countries around the world).

For instance, Sweden resettled 1,000 of the 70,000 expelled or stateless Ugandan Asians in 1972 (when the Ugandan president Idi Amin ordered the expulsion of all the Asian from the country, accusing them of economic sabotaging), as well as thousands of Chilean refugees following the military coup (led by the general Augusto Pinochet) against President Salvador Allende in 1973.

Today, almost one-fifth of Sweden’s population has an immigrant background, defined as those who were either born abroad or born in Sweden to two immigrant parents.
The foreign born represented the 15.4% of the Swedish population in 2012, up from 11.3% in 2000 and 9.2% in 1990 (see Figure 1).
These proportions are comparable to those in some other European countries, for example the 15.8% of the population of Austria in 2012 was foreign born, as was 15.3% of the population in Belgium and 14.2% in Spain.

For the entire European Union, however, only 6.5% of the population in 2011 was foreign born, in part because many Eastern European countries have significantly smaller proportions of foreign-born residents than elsewhere in Europe.
The biracial and multiracial children of Sweden challenge the Swedish myth of national homogeneity both through their appearances, their backgrounds and their upbringings.

The mixed children are also showing that it is possible to be a Swede without being 100 percent white, thereby challenging the segregating division between native white Swedes and non-white immigrants, which is today so pervasive in contemporary Swedish society.
Very often they are bilingual, bicultural and sometimes even bi-religious, showing the chance to belong to two or more ethnicities, cultures and nations simultaneously.

In other words, the mixed children of Sweden are “blurring the boundaries between Swedes and non-Swedes in their challenging of national homogeneity and racial segregation, and in their multiple belongings and identifications” says Tobias Hübinette from Mångkulturellt Centrum Botkyrka.

While Sweden’s foreign-born population level is not an outlier, the country does stand out because a higher proportion of its immigration is humanitarian-based.
Driven largely by a strong participation to international protection and human rights, Sweden has consistently shouldered a disproportionate share of asylum seekers in the European Union.

Of the estimated 331,975 asylum applicants registered in EU countries in 2012, 43,865 (or 13%) were in Sweden, only Germany and France had higher numbers of registrations.
Relative to its population, Sweden received the second-highest share of asylum applications in the European Union (after Malta). More than half of these applications were from Syrians (7814 in 2012), Somalis (5644), Afghanis (4755), Serbians (2696) and Eritreans (2356).
The escalating violence in Syria makes it easy to understand Sweden’s overall rate of positive decisions of 34% in 2012 about asylum seekers (Person in need of protection), compared to 28% in the European Union at large.

Apart from asylum seekers, Sweden also has the largest and one of the oldest refugee resettlement programs in the European Union, dating back to 1950.
Thanks to this program, the Swedish Parliament establishes an annual refugee quota and designates funding for the resettlement of between 1,700 and 1,900 persons in need of protection each year.
Municipality participation in receiving refugees is voluntary.

Participating municipalities receive a standard grant of EUR 9,100 (82,200 SEK) per adult or children received, and EUR 5700 (51,400 SEK) for individuals aged 65 or over, for a two-year period.
Södertälje, a town of about 80,000 people, since the mid-2000s has taken in more Iraqi refugees than the United States and Canada combined.
Södertälje has the third biggest percentage of foreign born population in Sweden, following only  Haparanda (close to the finnish borders) and Botkyrka.

Overall, from the 1970s onward, humanitarian migration and family reunification have consistently outpaced all other forms of migration to Sweden.
Except for movements from other EU countries, labor migration was an insignificant part of migration flows until 2008, when the new legislation created an employer-driven labor immigration policy.

The main reason for the reform was “first, the recognition that labour shortages in Sweden could not be filled by people living in Sweden or in other EU countries. Second, the population was rapidly getting older, and fewer people of working age would have to support an increasing percentage of the population in the near future”.

The new system allows employers to recruit third-country nationals for jobs if they cannot find Swedes or EU nationals to fill the roles.
As a result, labor migration has increased recently, but humanitarian and family reunification movements together still comprise the majority of Sweden’s immigration flows. My name is Gianluca Romano Palumbo, from Rome-Italy. This blog is written from my perspective as an immigrant in Sweden and aims at explaining the actual situation and the problems connected to the process of integration in Sweden.I have a Bachelor degree in Political Science and International Relations. My thesis was on the history of Swedish Parliament (Riksdagen) through the centuries. This subject impressed me for its democratic and pluralistic features so much as to make me move to Stockholm.

My Master degree is in Science for Cooperation and International Development.

E-mail: rogianlucamano (at) hotmail (dot) it (for any question)