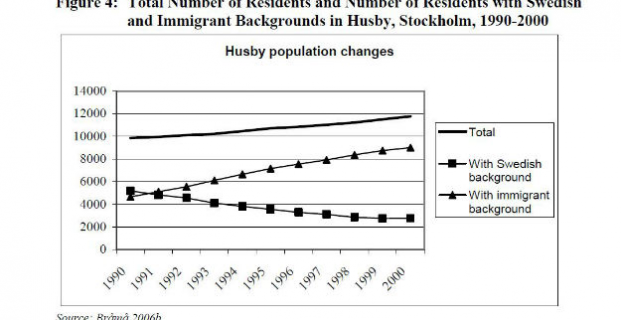 The leaders of the biggest Swedish parties answered to the microphones of SverigesRadio to few questions of huge interest: the immigration and its connected problems.

The attention has focused on what is most closely related to the Swedish society: the Roma people and the refugees that Sweden continues to welcome, but not anymore without criticism.

1. Do you think the EU should do anything to restrict the number of other EU-citizens coming to Sweden to beg?

2.Do you think that the EU should be able to force countries to accept refugees?

– We are in favour of free movement, which means that citizens from EU member countries have the right to stay in another member state for up to three months, but then have to be able to pay for their own upkeep.

It is inhumane and unacceptable that people are forced abroad to beg in other countries due to discrimination, deprivation, and poverty.

The EU has to do more to get countries to take responsibility for their own citizens and to fight poverty.

– All countries that have signed the UN’s Refugee Convention are, in practice, forced to look into all asylum seekers’ reasons for seeking refuge in that country.

The right to asylum is also found in the EU’s Charter of Fundamental Rights. The problem is that some countries accept far too few refugees in relation to the size of their population.

But force isn’t a good way to solve this, not least because there is the risk that it could be negative for the asylum seekers.

– The exclusion of the Roma community from society is a big problem, and a widespread social deprivation which has its roots in an exclusion from society which is at its worst in countries like Romania, Bulgaria and Hungary.

That requires a European strategy, but it also means that every member state must live up to its responsibilities to its citizens. There is European support for such action, which must now be implemented.

– A well-functioning European asylum system where all member states live up to common legislation and where asylum seekers are received and get their applications tested in the same way is the most important guarantee for solidarity in the EU.

– The situation of the Roma is something we all are responsible for through our common history, including here in Sweden, where the Roma have been excluded from society.

To include the Roma people in society through education, for example, is the answer to the problems across the EU.

– I wish there were ways to force member states, but at the moment there are no political means to do this.

–The free movement of people within the EU should be defended. The EU should therefore not act against EU citizens coming to Sweden.

However, the EU can do something about the poverty and discrimination that leads to people begging.

The EU should act against those counties that don’t protect human rights and the rights of minorities.

This could happen through the Social Fund, for example, which countries like Romania aren’t using to fight the social exclusion of the Roma.

Corruption and a weak welfare state in Romania is at the root of the problem. We must put more pressure on member states to deal with these issues.

– All of the EU’s member states can, and should, take a greater responsibility to help people who are fleeing. There is already common EU legislation which everyone has to follow, for example the Asylum Qualification Directive.

–Absolutely not, if that means the EU should restrict the free movement of citizens. However, the Pirate Party wants agricultural subsidies to be cut, and part of that money should be spent on projects related to infrastructure, especially in the poorer EU-countries.

In that way the EU could contribute to Europe being a continent where no one has to take the desperate step to move to another country to beg.

–We think that all rich countries should take in people that are on the run, but we have not made up our minds whether the right way of achieving that is through the EU forcing member states.

–The freedom of movement should apply to all member states, otherwise the EU has really failed.

However, the EU has to stop its policy of austerity which makes it more difficult for member states to make important investments in social security and welfare. Member states should also live up to their responsibilities when it comes to human rights, and that includes Sweden.

–We are against increased supra-nationalism when it comes to asylum and immigration policy, because we think that this will actually lead to even more restrictive rules, and an increased militarisation of the external EU borders, and the undermining of the right to asylum.

Human rights organisations estimate that right now 43 million people are on the run around the globe. Only 0.8 percent of them make it to Europe.

Every member state of the EU should themselves take the responsibility to defend human rights in practice.

–Every country should look after its citizens.

It is terrible that citizens of the EU are discriminated and forced to flee from their home country to beg in other member states.

–We must look at how all member states can share the responsibility.

–Christian Democrat party leader and social welfare minister Göran Hägglund has tried to start a dialogue about Romania’s responsibility to fight discrimination and to integrate its own citizens.

If people are given the chance to become a part of society, then begging will become less common.

That is why we want to tighten the demands, and introduce sanctions on those countries that don’t live up to their commitments when it comes to refugees.

–There is a need to criminalise this phenomenon, but is should be decided here in Sweden.

At the same time countries with serious problems like this should face limits when it comes to their citizens being able to travel to Sweden without a passport.

–The EU should not be given supranational authority over immigration policy.

For the full interview visit www.sverigesradio.se