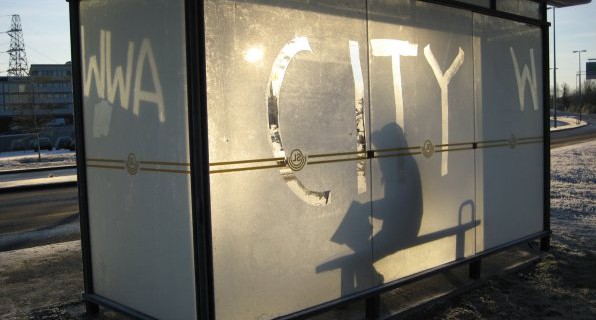 The economic global crisis affected Sweden in a softer way than other European countries, but not
excluding some necessary strong economic adjustment, such as a reduction of public expenditures
and social transfers.
In October 2013, the Swedish Labor Force Survey reported the unemployment rate at 7.3%, and at
18.9% for those ages 15 to 24.
Approximately 63% of immigrants were employed compared to 76% of the native-born
population.
This 13 percentage-point gap is significantly greater than the OECD average of about 3 percentage
points.
While unemployment rates in Sweden after the 1990s have tended to be close to the average for the
Organization for Economic Cooperation and Development (OECD) countries, they still represent an
adjustment for the Swedish people, who had become used to lower levels of joblessness.
And higher unemployment rates have been a particular challenge to the Swedish social
policy model, in which sustaining extensive welfare benefits depends on strong labor market
participation.
Table 1. Foreign-born unemployment rate (as a percentage of total labour market)
Men Women Total

Compared to other countries in the OECD, Swedish foreign-born unemployment rate is a
very serious problem, being twice as high than native-borns, the long term impact would result to
further segregation and inequality among citizens and classes.
It seems to be a common data for all the Nordic countries, especially for the similarities of their
political and economic systems.
Norway has an unemployment rate of foreign-born almost four times higher than native-born,
remaining perhaps under the 9% (under OECD’s average numbers) and Denmark as well performs
better then Sweden.
Interesting is the case of the Finland that from a country of emigration is becoming a migration
land guarantying jobs in an equal way.
The gap between native and foreign-born unemployment rate is constantly decreasing (in only
9 years Finland reported a -20,3% for the foreign-born compared to the -3% of the native-born
population).

Sweden’s labor market itself has changed over the past few decades, in part due to increased
automation and efficiency that caused the decline of industrial-sector employment and to the rise
of service sector instead.
Swedish society is becoming more unequal (even if the priority of the government’s policies
remains the equality) with an income inequality climbing steadily over the past two decades.
On a scale between 0 and 1 (with 0 being perfect equality and 1 perfect inequality), Sweden’s Gini
coefficient in 2012 was 0.24, versus the OECD average of 0.31.
Between the mid-1990s and late-2000s Sweden’s Gini coefficient grew by 4.8 percentage points,
representing one of the fastest growth rates in the OECD, and suggesting a likely driver of the
growing discontent among the Swedish labor force, both native and migrant.
This inequality affects mainly the immigrant population (second generation immigrants) whom
annual incomes are found to be lowest, compared to native incomes, varying between 6 to 12
percent.
The income difference is smaller if one parent is born in Sweden compared to having both parents
foreign born, indicating the importance of “Swedish-specific” human capital being transferred to
the child from the Swedish-born parent.
This gap is especially large for male second generation immigrants with one or both parents born
in Southern Europe or outside Europe.
Although the second generation generally succeeds better on the Swedish labor market than the
corresponding first generation immigrants.
But the income gap between second-generation immigrants and natives can’t be explained just by
a skill gap rather than ethnic discrimination.
Based on a survey of population aged 16-64, OECD reported the overqualification rate of 6.5%
for the native-born, in contrast to 16.1% for the foreign-born working age population, creating an
important problem since their qualifications are not always recognised..
Among the foreign born, 30.6% were overqualified in 2003, especially women from Eastern
Europe, Africa and Latin America.
For the Sweden-born women and Western European immigrants the probability of
overqualification appears to decrease with time, contrary to what happens to non-EU immigrants,
which could be indicative of discrimination(1).

My name is Gianluca Romano Palumbo, from Rome-Italy. This blog is written from my perspective as an immigrant in Sweden and aims at explaining the actual situation and the problems connected to the process of integration in Sweden.I have a Bachelor degree in Political Science and International Relations. My thesis was on the history of Swedish Parliament (Riksdagen) through the centuries. This subject impressed me for its democratic and pluralistic features so much as to make me move to Stockholm. My Master degree is in Science for Cooperation and International Development. Gianluca Romano Palumbo (political researcher @ Dance for Love) E-mail: rogianlucamano (at) hotmail (dot) it (for any question)